A former professional footballer who suffered life-changing injuries in a car crash led motivational workshops with Landau Forte College students as part of a pilot project.

Alistair was 23-years-old when he was thrown out of the windscreen of a car being driven by his friend when it hit barriers on the A40 in London in 2006.

His friend died in the crash and Alistair landed on his head in the road, fracturing his skull and leaving him in a coma.

Miraculously he recovered and made his Team GB debut in 2011 before playing a crucial role in the lead up to the 2012 BT Paralympic World Cup final. He also went on to represent Team GB in the Paralympic Games.

“I just want every young student I work with to start thinking outside the box and to want to give that little bit more. They don’t have to make massive changes to get massive results and I want them to realise that it’s ok to make mistakes because that’s how they will learn and develop.”

The Year 10 students involved in the workshop thoroughly enjoyed the event. They thought Alistair was ‘inspirational’ and ‘relatable’,  he helped them focus on how to plan for their future and explained the importance of resilience and determination in achieving your goals. We hope to welcome Alistair back to the College very soon! 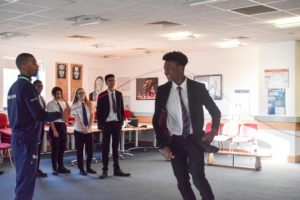 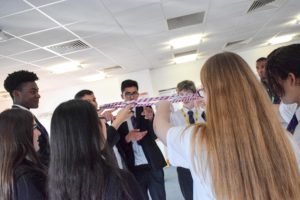 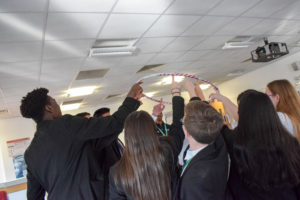