Keep updated with our response to Coronavirus (COVID-19).

Well done to all those in the table below who entered last week’s Maths Challenge and earned those all-important house points. There were lots of correct entries to last week’s problem but pleased don’t be disheartened if yours was incorrect as there were some staggeringly large numbers, which can be difficult to interpret. So here’s the answer:

There is no Maths challenge this week as it is the last week of term. Look out for the new challenges next term!

P.S. RE’s Tutor Base: I have now received your entries from Week 3 (just before lockdown), which are shown underneath the table. Your house points will be added to the total. 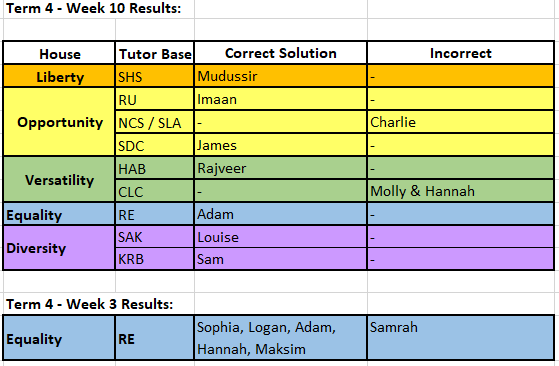